To the Speakers of the Iraqi Parliament,

To the legal committees of health and human rights and women’s rights in the Iraqi Parliament,

To all Excellencies and members of the Iraqi Parliament

We ask you to pass a law which would ban female genital mutilation (FGM) in Iraq.

We hope that a request from the Council of Ministers and the Iraqi government, in the event of adopting the law, will follow to take the necessary measures to implement it.

For this purpose we forward to you this draft law proposed by our organization and prepared by lawyer Falah Muradkhan Shakarm, who has nine years of experience in this field with the organization Wadi e.V. in Iraq.

PANA has worked on this subject of FGM in Kirkuk in 2010, and has published the first field research in 2012. The results showed that 38% of the total of 1212 females polled inside the city and its surrounding districts areas had undergone female circumcision.

The research was also an attempt to diagnose the rate of female genital mutilation among the ethnic components of Kirkuk. Although a complex task, the results showed that this phenomenon existed among 65.4% of the Kurds, 25.7% of the Arabs and 12.3% of the Turkmen. On the level of religious and sectarian affiliation, the ratio is 40.9% among the Sunnis, 23.4% among the Shiites and 42.9% among the Kaka’is, and none was registered among the Christians and the Chaldeans.

If Kirkuk could be deemed a mini Iraq in the terms of ethnic components and population density, the confirmation of the presence of FGM there is a strong evidence for this practice existing in other parts of the country.

This requires you to carry out the tasks assigned to you as true representatives of the people and ban this shameful phenomenon which is recognized internationally as a violation of the human rights of girls and women and constitutes an extreme form of discrimination against women. It has been condemned by numerous human rights organizations and women’s rights activists, by the World Health Organization (WHO), UNICEF, and finally in December 2012, by the UN assembly. Last not least, the Al-Azhar University has banned that practice already in 2006 through a fatwa.

In support of this request:

2. An overview of two field research projects; the first in the province of Kirkuk by our center and the second in the Kurdistan Region by the Organization of Wadi.

3. The text of Law No. eight for the year 2011 in the Kurdistan Region

Organizations and individuals, who wish to support this draft, please call:

Draft Law on the Prevention of female genital mutilation for Iraq

Note: this draft has been proposed by PANA Center on 6 February 2013, the International Day of Zero Tolerance to Female Genital Mutilation; it was prepared by Falah Moradkhan, Iraq project coordinator of WADI e.V.

Second: female – every one of the female gender from birth and till passing away; „youth, young women, girls, women, the elderly, married and single.“

1. Anyone who commits female genital mutilation or participates in the exercise shall be punished by imprisonment for a term not less than one year and a fine of not less than one million and not more than four million dinars.

It is emphasized, that if the perpetrator is a doctor or a health professional, an authorized midwife or a professional from the sector of education or a cleric, the Professional Union, of which they are members, shall withdraw their license.

2. Anyone over the age of 18 who was attending a procedure of female genital mutilation and did not interfere to prevent it or did not inform the authorities, shall be punished by imprisonment for a period not less than six months and a fine of not less than two million dinars.

3. Anyone who commits female genital mutilation against a deficient (under 18) shall be punished in the strongest penalties prescribed in this Act or the Iraqi Penal Code.

4. Anyone who commits female genital mutilation resulting in death shall be punished in accordance with Article 405 of the Iraqi Penal Code and there is no justification for the non-implementation of that article.

5. Anyone who encourages the practice of female genital mutilation and urges somebody to commit it shall be punished with the same penalties as in the first paragraph of this article; if the perpetrator belongs to the specified groups, he or she shall fall under the strongest penalties and their professional licenses shall be revoked.

The victim of female genital mutilation or any members of her family up to the second degree or the prosecutor have the right to register a lawsuit.

The complaint under this law shall not be subject to the rule of limitation.

Iraqi laws in force or the rules of international human rights signed by Iraq will be referred to for the implementation of this law and the cases that it has not addressed.

Assistance, psychological health care and full support shall be provided for females who have been subject to this practice in order to rehabilitate them physically and socially.

Any law inconsistent with the provisions of this law will not be implemented.

This law is valid as of the date of its publication in the Iraqi Gazette.

Female genital mutilation is a cruel and violent crime whose victims are usually young girls, whose health, psychological well-being, family and social life are affected and jeopardized by it.  It is recognized internationally as a violation of the human rights of girls and women and constitutes an extreme form of discrimination against women. Rejected by the World Health Organization and banned by the UN assembly in December 2012, it is also prohibited by CEDAW treaty, signed by Iraq. It was condemned by the Al-Azhar University in 2006 and has been banned in the Kurdistan Regional Government in Iraq in 2011.

Meanwhile, reports prove that this crime still has some permanence in Iraq; therefore, it has been decided to ban it by this law. 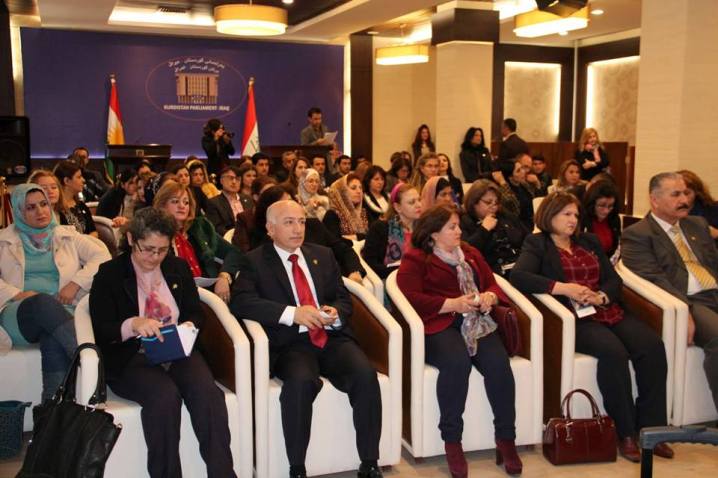 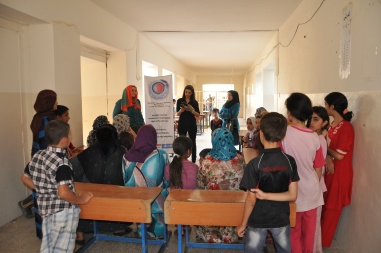